If you’re passionate about your training, your health and your movement then there is no better way to progress than with expert guidance and personal coaching. We believe in providing as tailored an approach as possible to help you achieve your goals. Our Online Training enables you to work with our expert team no matter where you are in the world and no matter what your lifestyle is like.

We now have online programming available for:

To get a sense of what our S&C program looks like, take a look at the video preview right here. 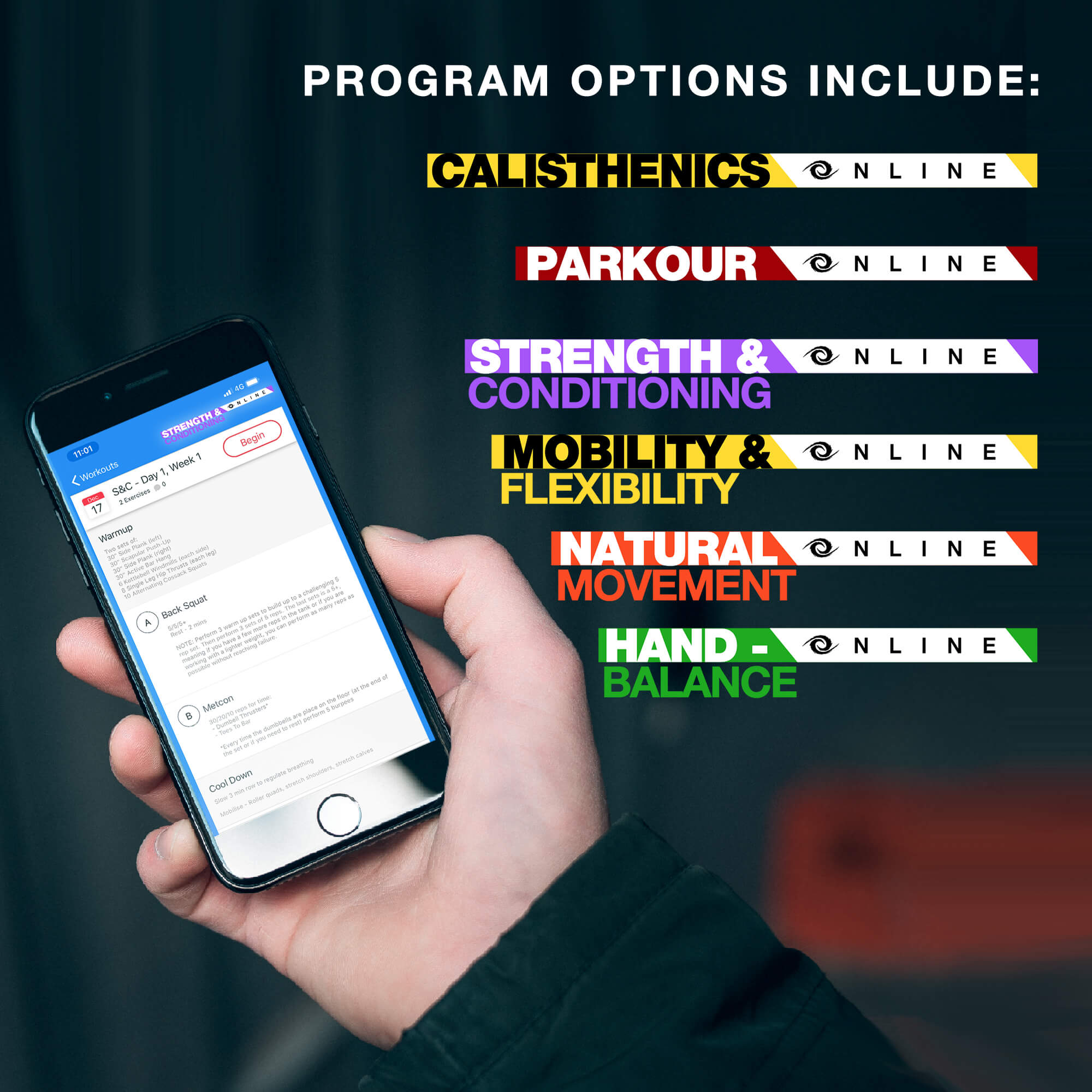 You’ll be given access to TrueCoach – our online and mobile platform for delivering remote training. In TrueCoach you’ll see daily classes which include scaling options and video examples of every exercise for you to follow. Your coach will help structure your programme around your schedule according to your goals, preferences and time constraints.

Our GPP programming is the ideal way to build your strength, agility and health in a balanced, achievable way. It’s a combination of differently focused sessions throughout the week, incorporating parkour, calisthenics, strength & conditioning and mobility. If you only follow one programme, this is the true definition of General Physical Preparation.

On top of the GPP, we offer specialised training programs if you really want to drill down into a subject and excel in one area of practice, whether it be handbalancing, parkour or classic strength & conditioning. 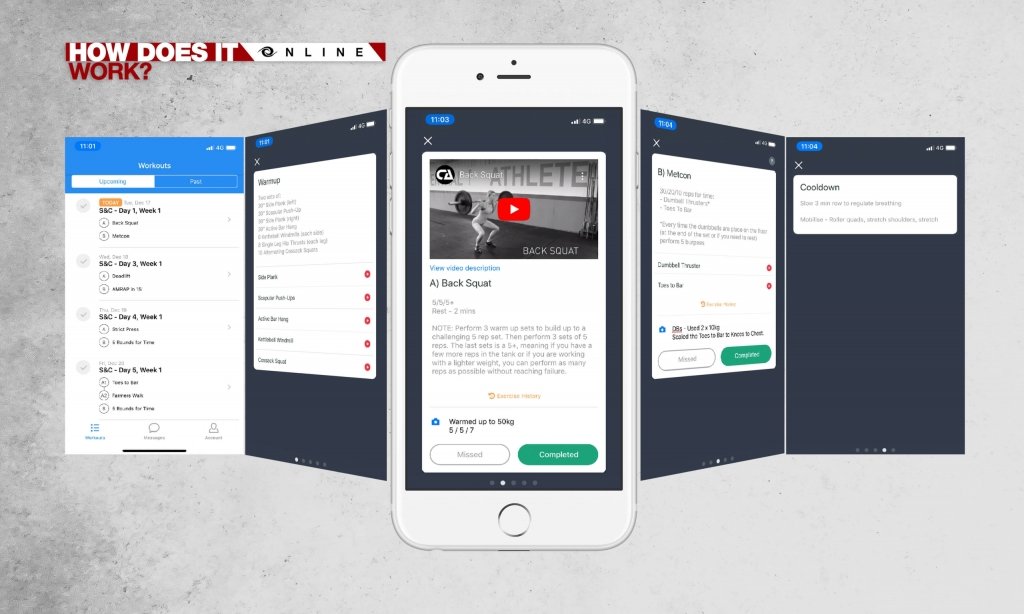 All our programs work with what you have – a healthy body, some space at home to move and possibly a wall, sofa, chairs etc. If you’re lucky enough to have access to weights and training tools, then your coach can tailor the workouts to fit your kit.

For Sprint & S&C, you’ll need to get outdoors to run and when it comes to Parkour, you’ll need to find spots with walls and rails that are appropriate to your level of experience.

There’s no need to keep a paper training log with TrueCoach. The app gives you the ability to track every element of your workout, which helps you and your coach to discuss your progress and amend your program.

With just one click, the helpful history function let’s you see all your past workouts, for every movement you’ve ever trained; enabling a quick view what level your should be working at.

We’re here to support your journey. Enter your reps, record how you’re feeling and leave comments, videos and photos for your coach to review. You’ll have daily feedback whenever you complete a training session, not to mention a full discussion on goal-tracking, during your 30 minute weekly coaching call.

As soon as you sign up, you’ll get invited to our private London Academy Members Group. Here, you can interact with all our Training Online athletes and all those across the globe who are joining us on this journey. It’s the perfect chance to compare notes and see just how you’re shaping up!

In my experience if you only train parkour, you will hit more plateaus and they will be harder to break through.

S&C Online allows me to up my parkour game quickly, by making my body strong and resilient enough to handle more advanced parkour routes. And knowing that a load of expertise and planning behind the scenes has gone into my workouts makes all the difference in the gym. Instead of winging it and hoping for the best, I know that after each workout I will be better-equipped for parkour. 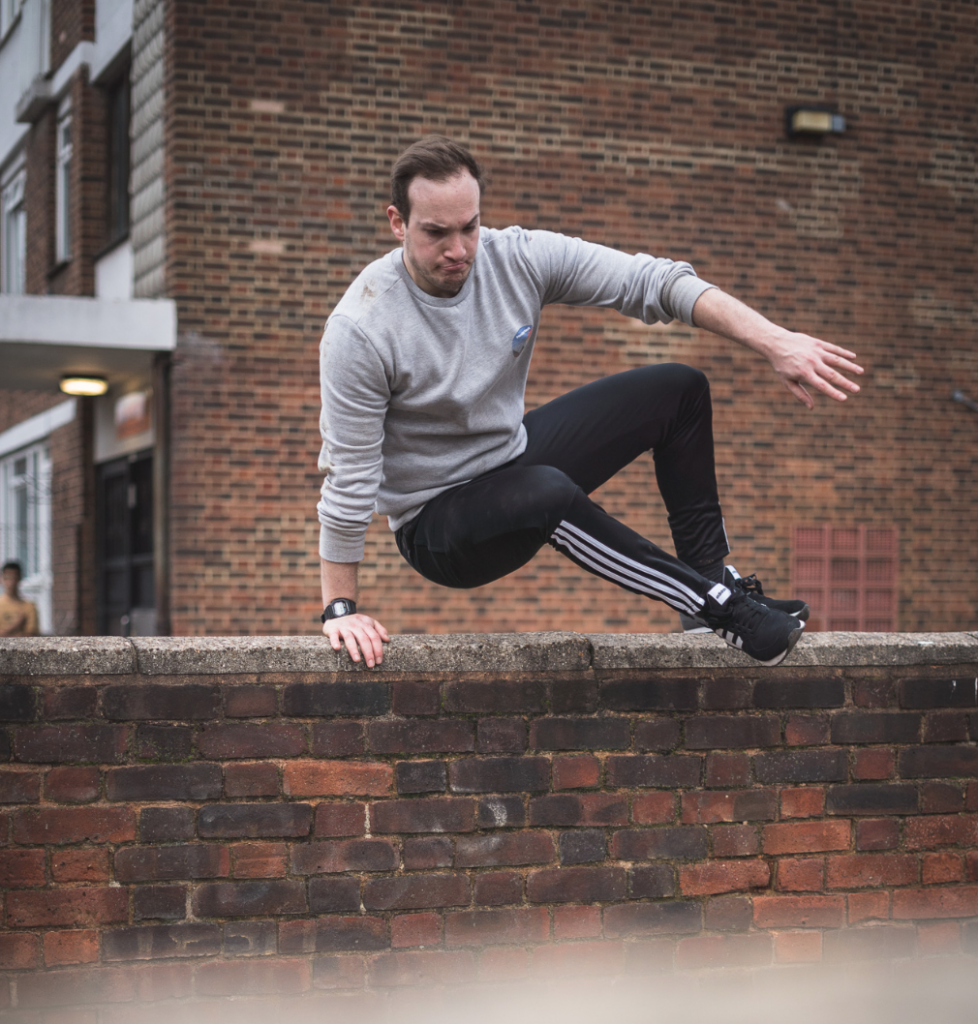 The S&C coaches are utterly brilliant. Training with their support you gives me an enormous sense of well-being. 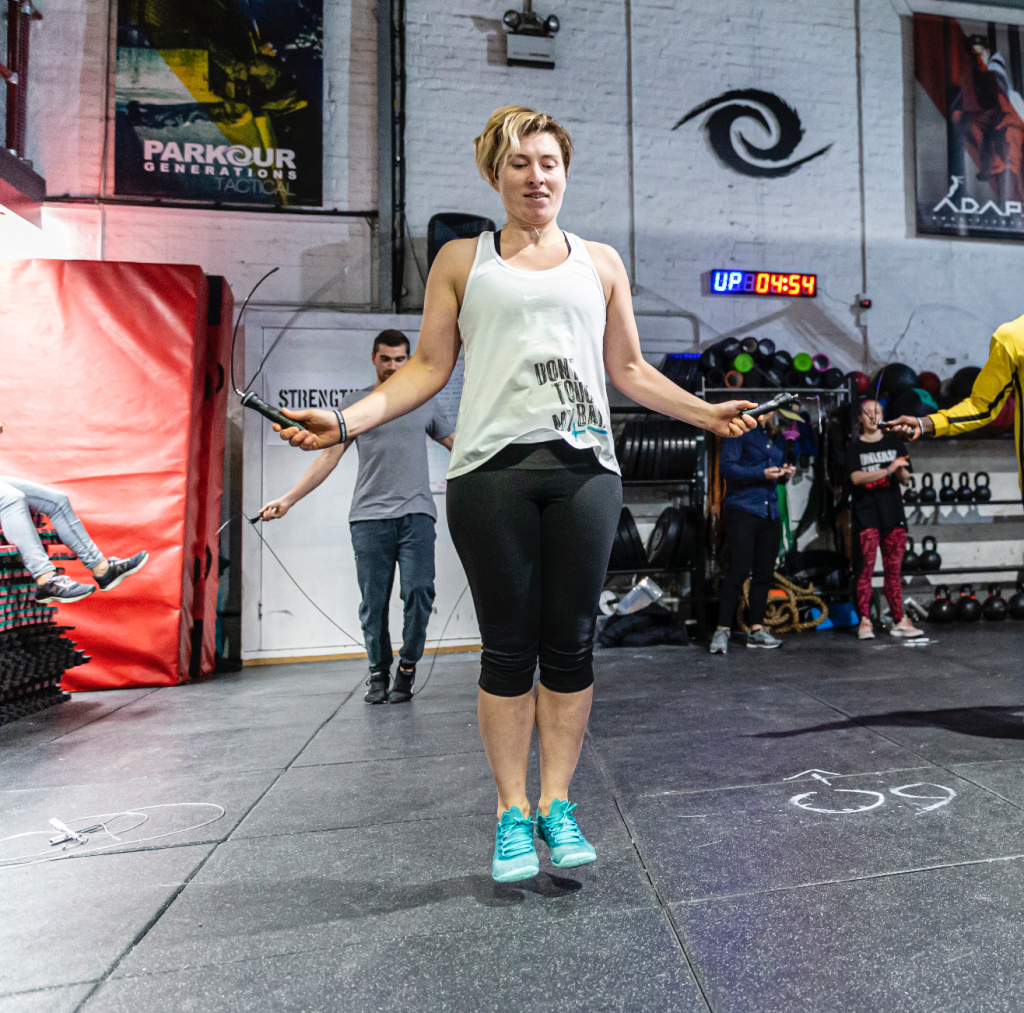 The S&C Online introduction process is so so easy for someone like me that can struggle with new things. The training is varied and fun – I enjoy that the workouts are never the same, so I never get bored.

I really like the app and the ability to write notes and track my weights. I am not a person who has done anything in a gym before, so having the videos and technique tips is really useful too. 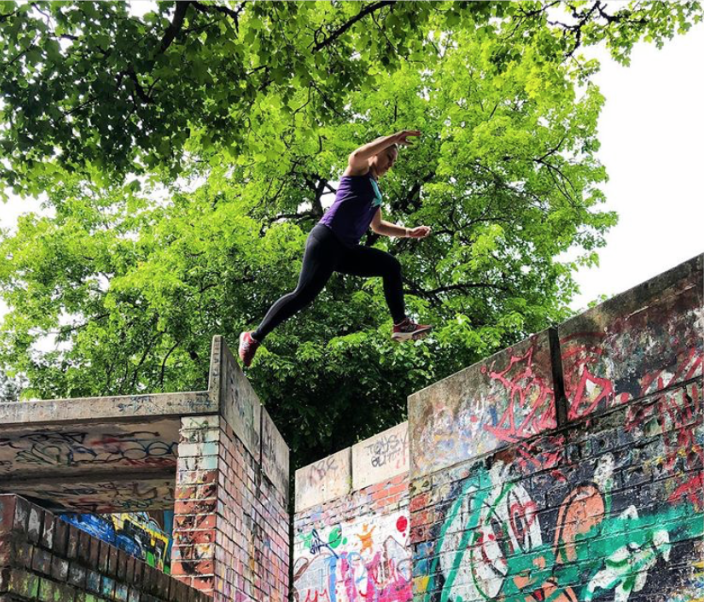 I’m so glad to have a class to follow along with!

We don’t have any local parkour classes anymore, so it’s super nice to have some structure and ideas . Loving every session! 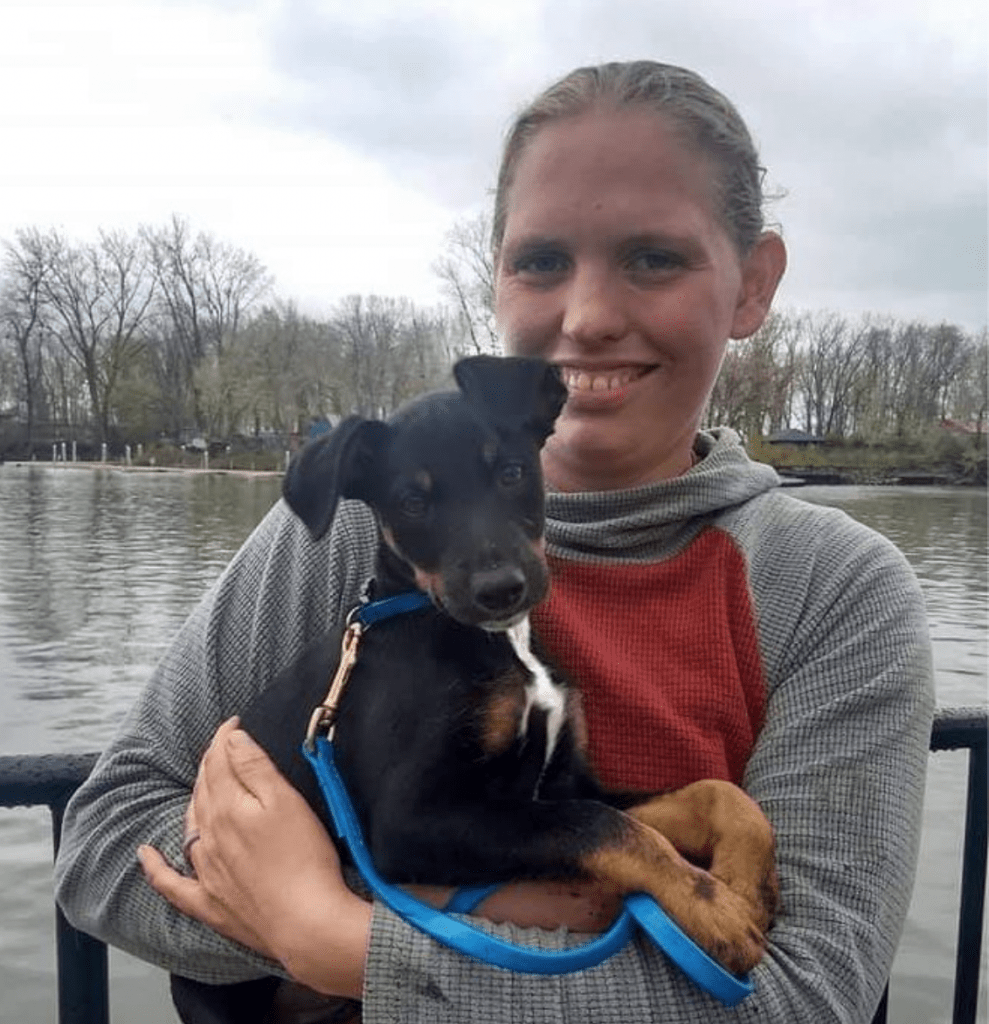 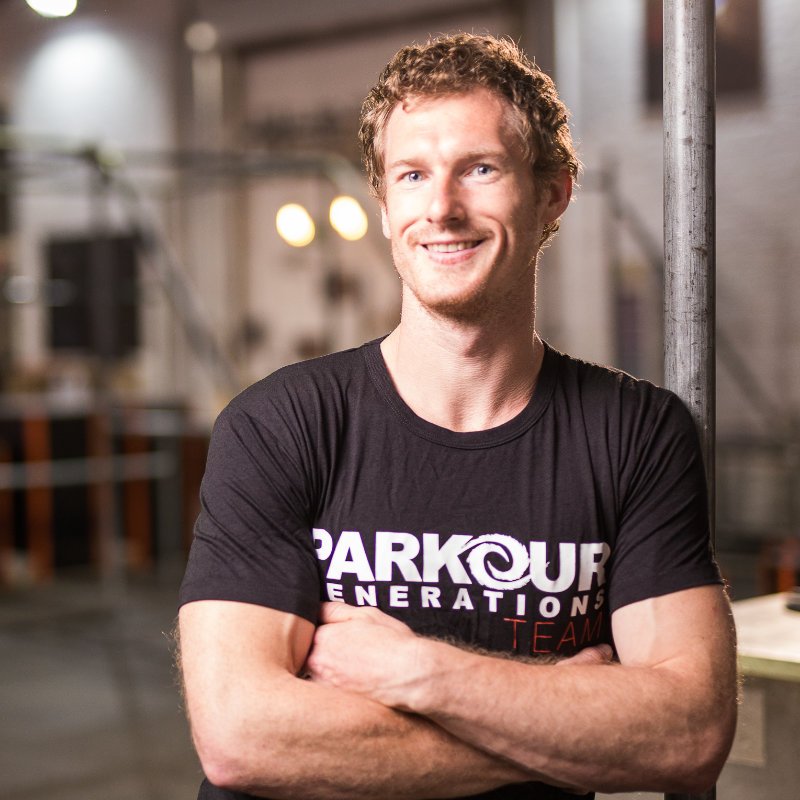 Chris Keighley was the very first member of the PKGen London Academy to begin coaching alongside the founders. A phenomenal athlete and highly experienced strength coach and athlete, Chris is now one of the world’s most experienced and sought-after teachers parkour, leading classes, workshops and events for PKGen internationally since 2007. Chris is also a Senior Tutor for ADAPT Qualifications, and when not travelling for courses and events can be found running regular classes in London at our headquarters and around the city, for both kids and adults. 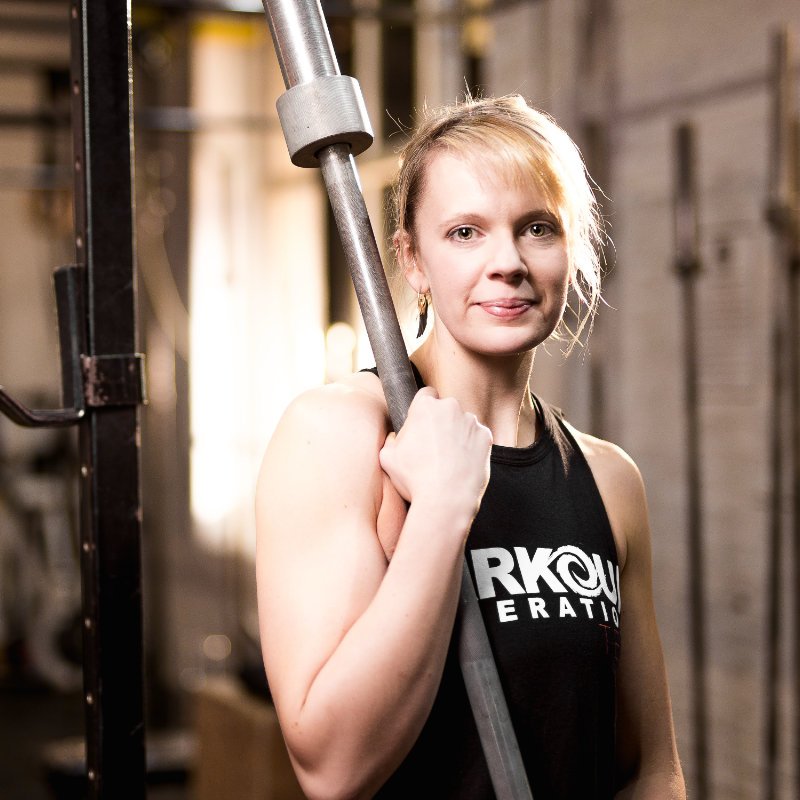 Charlotte Miles is our in-house Creative Lead and part of our renowned Strength & Conditioning Coaching Team. Having been fully immersed in the CrossFit, weightlifting and powerlifting world through her time producing America's number one fitness podcast Barbell Shrugged, she’s worked and studied alongside the likes of Coach Mike Burgener, Louie Simmons, Julien Pineau, Wim Hof and many more strength training greats. With hundreds of hours coaching under her belt, Charlotte is a Level 3 qualified PT, L1 CrossFit trainer and NASM Corrective Movement Specialist, with additional certifications in Strongman, Olympic Weightlifting and Movement & Mobility. Always one to hold the standard, she’s a stickler for good form and the belief that moving with solid mechanics is the pathway to better performance and all-round health. Charlotte is also a world-class film-maker, who leads our media and creative teams across a number of projects both in the UK and internationally. 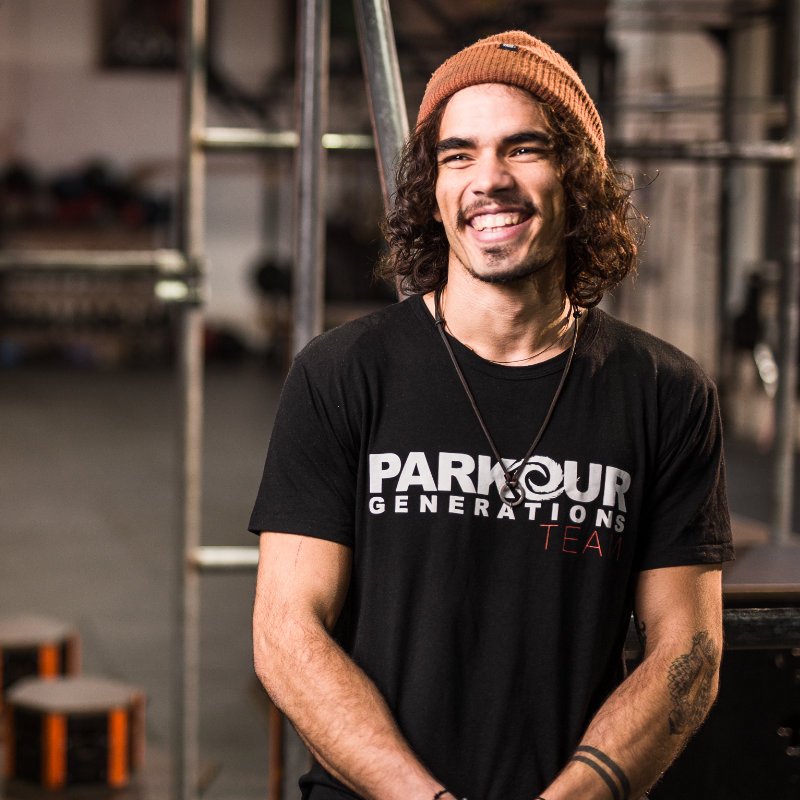 Arturo Vigil Jimenez is one of the central coaches within the London team. Having started parkour in Spain in 2009, he quickly developed a passion for helping others to improve and decided to uproot his life and overcome a series of hurdles to move to London to work with Parkour Generations. Qualify as an ADAPT Level 2 Coach, Arturo has been helping to shape our athletes with his uniquely creative and fluid movement style, influenced by his extensive background in capoeira, martial arts and calisthenics. Arturo now runs our weekly Calisthenics and Parkour classes in London, and leads our Youth Parkour Programmes both in our own Academy and in may London schools. 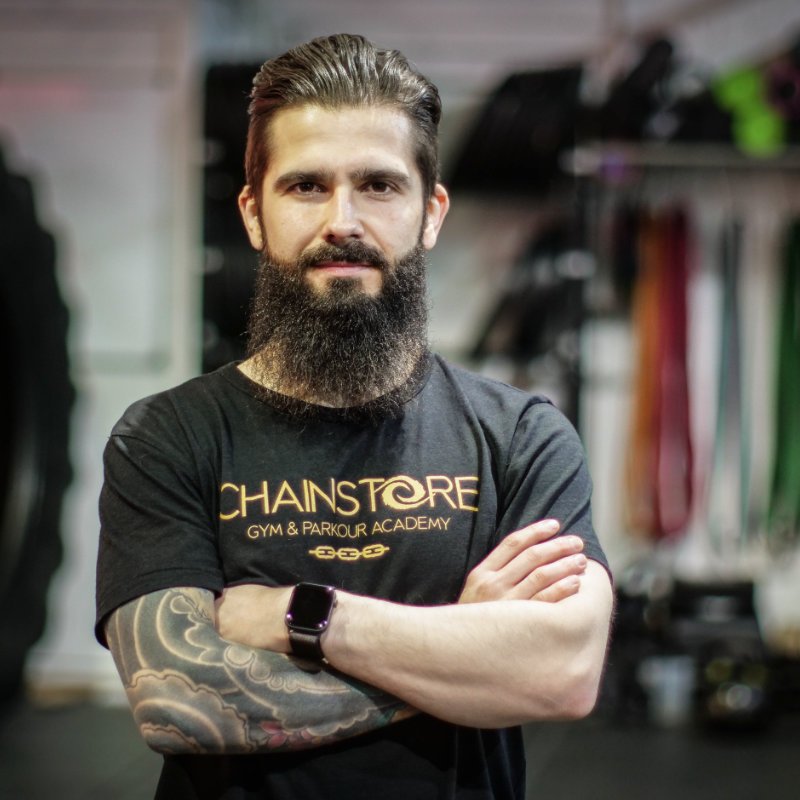 David is a core member of our Strength & Conditioning Team in the gym, building the programmes that make our Members incredibly strong, fast, fit and resilient. He's a daily feature at the Chainstore Gym, either for his own intensive training or for leading the S&C Classes to build better athletes. A certified CrossFit Trainer and EQF Level 3 Fitness Instructor, David is also an Olympic weightlifter and nutrition expert, and possesses an endless hunger for knowledge that might be of benefit to those he trains. 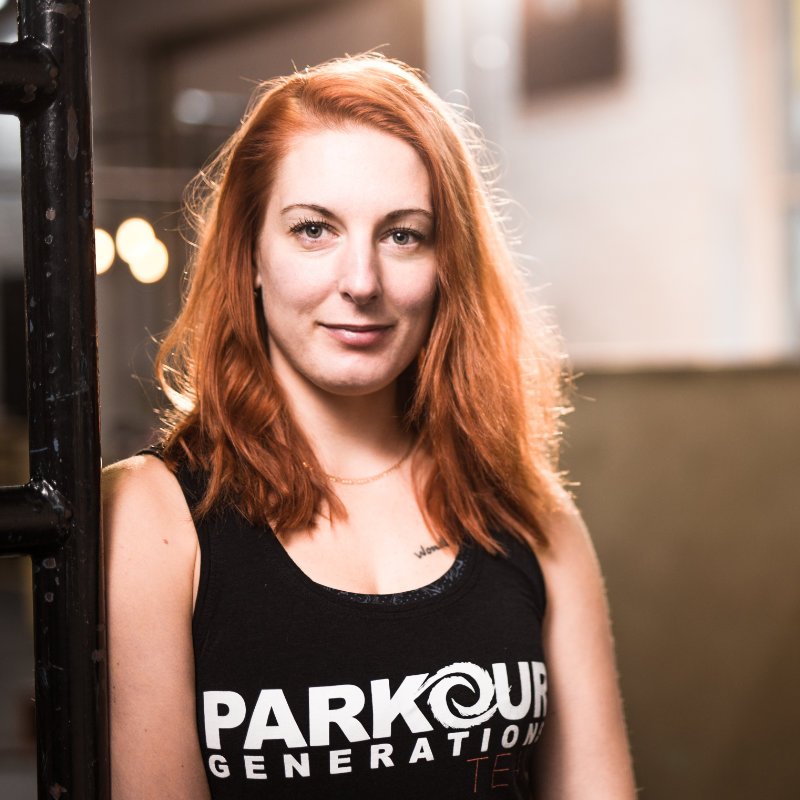 Barbora runs our UK operations and has an extensive background in account management and HR in the financial sector, including with Bank of America and Goldman Sachs, with experience in financial management, moving financial assets and securing venture capital. Barbora brings an infectious energy and endless passion for parkour to her work, and can often be found squeezing in a few training sessions in between meetings and conference call at our London HQ. When not managing day to day operations, Barbora is also a qualified mobility teacher, running our regular Mobility Classes at the gym, and is also an ADAPT Level 1 certified parkour coach. 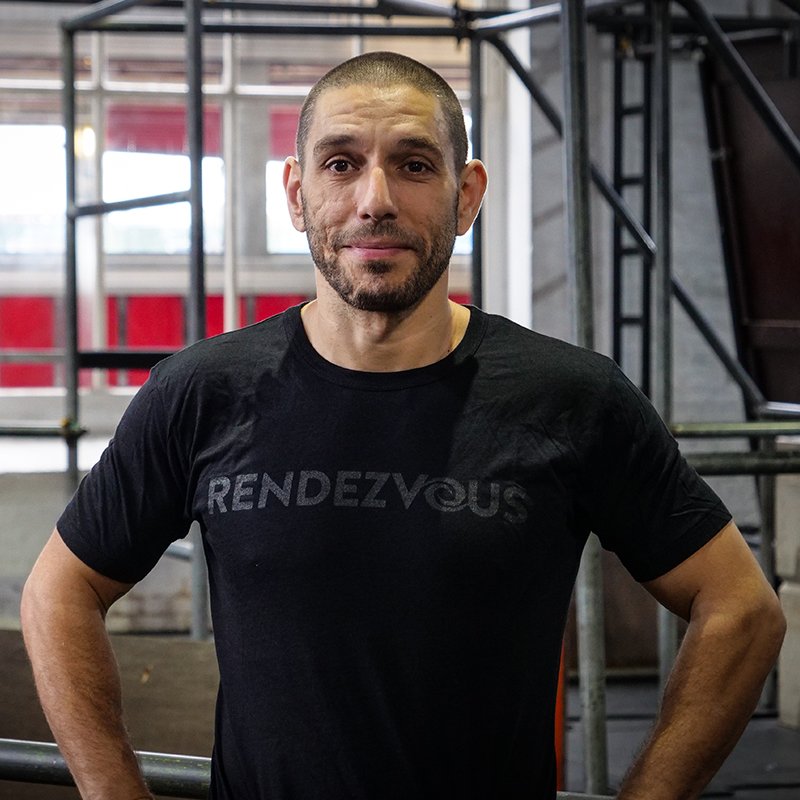 Roberto began his coaching journey at his local rowing club aged only 15 in Spain and immediately knew he’d found his calling in life. Already an accomplished rowing athlete, medalling at a national level, he went on to compete in judo and breakdancing before progressing to immerse himself in the study of movement as a skill and a practice.

He began exploring the wider world of movement through the Ido Portal and Fighting Monkey methods, before then discovering parkour. Roberto eventually became a professional parkour coach in New York, USA, before moving to the UK to work with Parkour Generations London.

Roberto’s warm and playful demeanour, combined with his unfaltering work ethic and vast experience, makes him an excellent and entertaining guide to learn from. We love him and so will you! 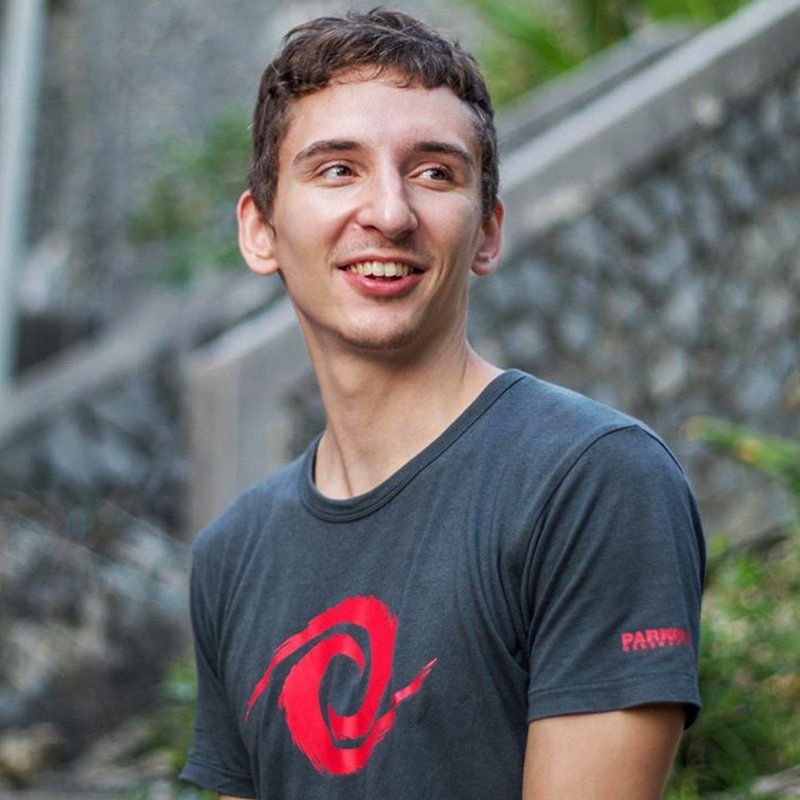 Serg Abramenkov is a Russian, born in Lithuania and raised in England. He has been passionate about movement for as long as he can remember, climbing and jumping since he was young even before he discovered the discipline of parkour.

Serg began training at the Parkour Generations London Academy in his teenage years, going on to achieve his ADAPT Coach Certification in due course and eventually joined the Coaching Team. A powerful athlete in his own right, Serg is dedicated to the physical and psychological practice of parkour and loves nothing more than sharing his extensive experience with anyone who wants to learn.

Around 2013 Serg visited and fell in love with Taiwan, connecting strongly with the local community, and eventually moved there to teach classes and open the first parkour gym in Taiwan. Having developed and grown the gym and the team there, running regular classes, organizing and teaching at parkour events in Taiwan and around Asia, Serg then returned to the UK in 2019 to complete his ADAPT Level 3 Coach Certification.

Serg continues to coach at Parkour Generations London while in the UK, while also helping to bring PKGen and ADAPT events and courses to Taiwan and the wider Asia region.

If you’re opting for our full Online Membership package, you’ll get the choice of one of our highly respected and knowledgeable Coaches to work with. With a host of qualifications and skillsets under their collective belts, you can get support on everything from training to mindset, mobility, nutrition, sleep hacks and much much more. Check out the bios and credentials in the links below.

Sign up to the PKGen Newsletter to be kept up to date.

Get up close and personal with your environment by

How seriously do you take your training? Not every

LAUNCH OFFER // To celebrate the opening of our ne

THE GOAL // For us, it's the functional capabiliti

Simple tools and a focus on good form first. That