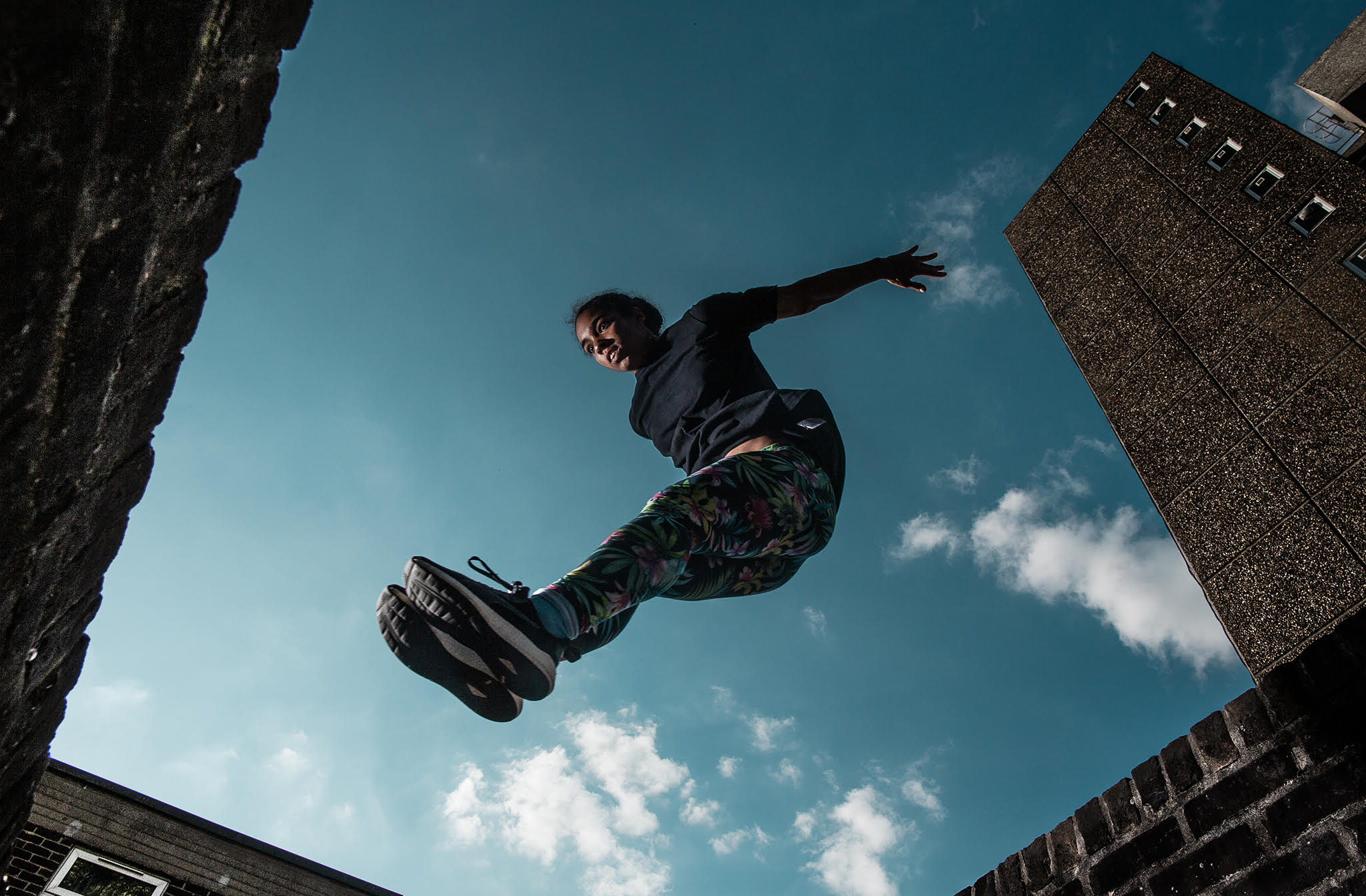 
Jumping Behind The Lens

How does a parkour photographer view movement, in comparison to a practitioner? Do we see the action through the same lens? When I was asked to give my thoughts on the experience of RDV 2019 through the filters of both a mover and a photographer, I had to take a moment to consider. I’ve been training for the better part of 13 years, coaching for 7 and shooting photography professionally for 4 and therefore have amassed hundreds of hours of watching, executing and ﬁne-tuning movement, but how do I actually look at parkour through each of these ﬁlters?

Since ﬁrst picking up my camera, I’ve been interested in capturing the true nature of parkour and the jump, in a way that it should look like the subject knows precisely what he/she is doing. Whether they are a novice or a professional, I wanted to capture a moment of mastery. I was all about ﬁnding the angles and situations where you could see the sometimes crazy conditions they trained in, mixed with the elegance of their movement. I’ve also always wanted the photos to be authentic. Call me pretentious but doing a shoot where the mover just walks up to a running jump and does a box jump instead, is not my cup of tea. I wanted to showcase real people, doing actual training; conveying the hard work, tough challenges, community vibes and genuine growth that occurs when people overcome obstacles in their path. I wanted the medium of my photography to be an honest witness of reality.

During a speciﬁc period of time, just before I started coaching, I wasn’t a very big fan of training hard. I was, as the kids these days say, a poser. So whenever there was a particular exercise I was bad at or I thought was hard, I picked up my camera and started shooting my fellow practitioners as an excuse to not join in on the exercise. In one way I am very thankful for this because it gave me a lot of experience shooting people in movement. However it didn’t give me a lot of training. In one way I want to argue that I used the camera as an output for the movements I couldn’t – or was too lazy to do. Ironically enough the better I got at photography, the less I brought my camera to training, balancing it all out. As I progressed I started coaching. The more I trained and the more I shot, the harder I found time to bring out my camera when I was training. I had to separate it. The connection between the two however got me to travel and work with Quality Movement and eventually both Parkour Generations and Skochypstiks. Both as a photographer AND a coach. Eventually I had to make the split, I’m either training, or taking photos. I didn’t have the mental capacity to do both. Which brings me to my next part of my story.

This summer I had the immense honour of being invited to the London Rendezvous for a second year of coaching. In 2018, I came as both photographer and coach, switching roles regularly throughout the event. The energy it takes to exchange skill sets from looking down the lens, to watching and guiding a practitioners experience of their movement in a given moment is really quite taxing. So this time around I made the distinction early and agreed that I would only be coaching in 2019. I left me camera ﬁrmly in my bag and thereby managed to experience the event wholly as a coach. As an aside, I was actually quite gutted when we arrived at the ﬁrst location of Day 2 of the event and I found it to be on of the most amazingly photogenic spots I’ve ever seen… and of course I had left my camera back at the AirBnB. However, fortuitously we also had on hand one of my biggest inspirations and probably one of the best parkour photographers I know of, Andy ‘Kiell’ Day, who of course did have his camera. But…it’s his camera.

Now as all good photographers know, asking a fellow professional to borrow their camera is like asking them to give you their right arm. It’s not the done thing. But the spot was just too sweet and there were several shots that were calling to me, so in this moment I asked Andy if he might photograph me performing them. Being the lovely man he is, he instantly agree and so within a split second I went from envisaging the shots through my imaginary camera lens, to being the practitioner performing them. This is where these two personas within me could really merge. Kiell showed me some angles he liked and shot me jumping them. We played and conversed as fellow photographers and movers alike, both adding ideas into the mix and sharing what diﬀerent spots revealed to us both. The coach in me thrived. The mover in me felt released. The photographer in me felt satisﬁed.

There were several things I really enjoyed with this session. First of all I got my ﬁrst real set of professional parkour photos, which is a rare thing, given that I am usually behind the lens. I got to collaborate with a photographer I really admire and look up to. But I also collaborated with myself and the various sides of me that enjoy parkour. To answer the question that provided the jumping off point for this thought experiment, I do see parkour differently dependant on the position of my gaze. The focus will be different whether I am within the movement or outside / separate from it. My experience as the subject in front of the lens will no doubt inform my practice behind it and vice versa and I hope that this collaboration of skills brings something unique and genuine to my work – an honest witness of reality and of parkour. This is what I am aiming for. 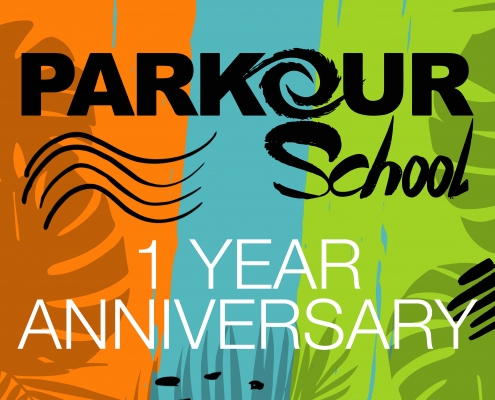 A year on from when we first opened our doors to the public, we’re taking a look back over the development and progress of The London Parkour School. 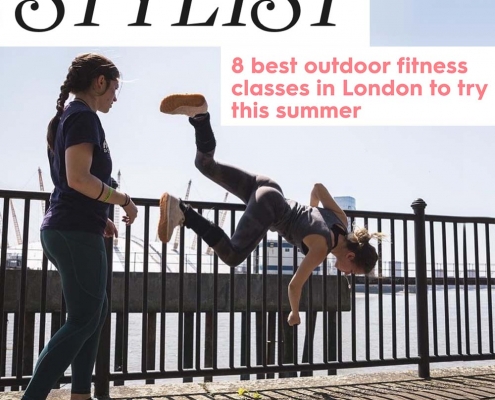 Who provides one of the Top 8 Hottest Workouts of the Summer? We do of course! As voted by Stylist Magazine. 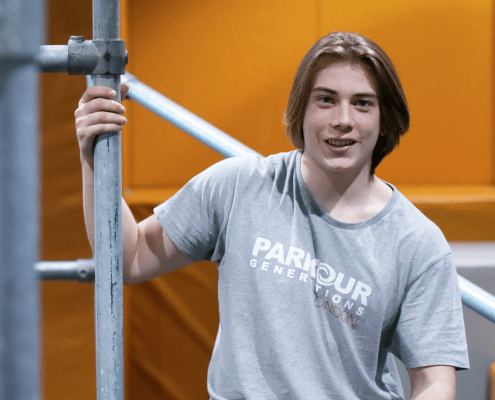 This month it’s graduation for one of our long time academy members, who has now made it all the way through to our coaching team. Please meet, Daniel Symonds.

Sign up to the PKGen Newsletter to be kept up to date.

Get up close and personal with your environment by

How seriously do you take your training? Not every

LAUNCH OFFER // To celebrate the opening of our ne

THE GOAL // For us, it's the functional capabiliti

Simple tools and a focus on good form first. That

The return of Obstacle Course Training
Scroll to top